Urbanisation and Growth of Metropolitan Centres in Malaysia

Malaysia has undergone rapid urbanisation amidst the shift from agricultural to an industrial based economy. Urbanisation and modernisation have inevitably led to profound social and economic changes. Economic growth not only has brought about a rapid increase in the number of towns and urban centres, but has also resulted in the expansion of major towns outwards to sprawl into the peripheries. This paper highlights the growth of towns in Malaysia based on the 1980, 1991, 2000 and 2010 Population and Housing Censuses. The data reveal a surge in the number of towns from 72 in 1980 to 228 in 2010. The sharp increase in the number of urban centres and the urbanisation process is the result of spatial re-distribution through migration, partly in response to various government measures to restructure society for a more balanced development. 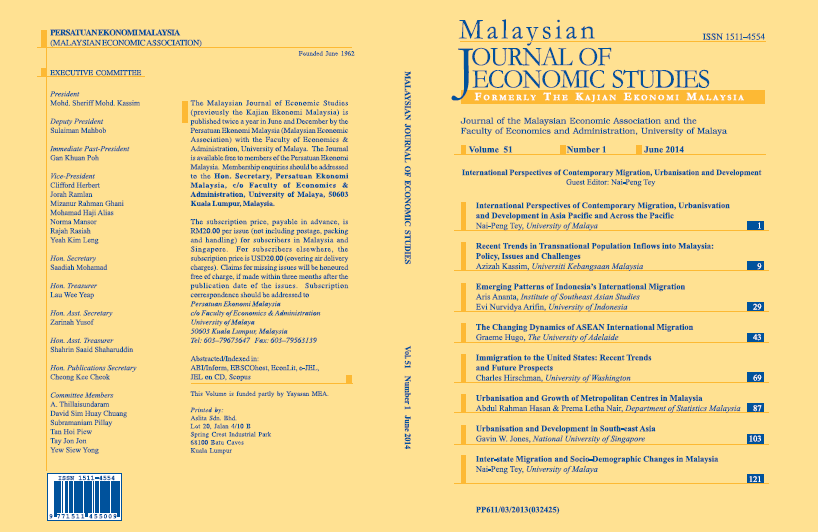